Footage from the BBC Panorama programme Saving Syria’s Children (SSC) was first shown on the BBC News at Ten on Thursday the 29th August 2013 as parliament was voting on whether to join a US-led military strike on Syria.

The report by Ian Pannell and cameraman Darren Conway showed adolescent victims of an alleged incendiary attack writhing and groaning in apparent agony. The scenes were harrowing, but oddly unreal. The most frequent comparisons people make upon seeing the sequences are to The Walking Dead or Michael Jackson’s Thriller video.

SSC was broadcast a month later on 30 September 2013. Former local newspaper reporter Robert Stuart began corresponding with the BBC using its complaints procedure. As Stuart’s research continued a wealth of troubling information was brought to light:

During production of SSC Ian Pannell and Darren Conway were embedded with Ahrar al-Sham, a then ISIS partner group co-founded by “one of Osama bin Laden’s most trusted couriers“, Mohamed Bahaiah. Spanish authorities believe Bahaiah delivered surveillance tapes of the World Trade Centre to al Qaeda leaders in 1998. The BBC itself describes Ahrar al-Sham as “hard-line Islamist”.

Less than three weeks before filming on SSC began, Ahrar al-Sham, ISIS and other groups jointly killed over 190 civilians, including women, children and elderly men, and kidnapped over 200 mostly women and children.

After passing through an ISIS checkpoint unmolested – a remarkable occurrence in retrospect – the BBC Panorama crew is then able to film, at close quarters, an ambulance bearing the ISIS emblem as it unloads victims of the alleged incendiary attack. This was flagged with then Shadow Foreign Secretary Emily Thornberry but she did not respond.

Numerous other issues include:

In 2019 actor Keith Allen fronted a crowdfunding campaign to make a documentary about SSC. Criticisms of the campaign levelled by The Huffington Post are addressed here.

In May 2019 talkRADIO host Matthew Wright interviewed Robert Stuart and Keith Allen. Wright said on Twitter: “This is going to be fascinating – do look again at the footage in question by following the link (it follows straight after Keith Allen’s intro).”

The view that SSC contains fabricated scenes has been endorsed by:

“This video of Robert Stuart is a must see. Let me pin my colours to the mast and say that I am absolutely convinced that the BBC did deliberately and knowingly fake evidence of chemical attacks.” https://www.craigmurray.org.uk/archives/2016/03/moderate-rebels-use-yellow-phosphorus-kurds-aleppo/

“Finally, it is worth noting that this Gdansk experience was one of a number which led me immediately to understand that the famous BBC report on “Saving Syria’s Children” was faked. The alleged footage of burns victims in hospital following a napalm attack bears no resemblance whatsoever to how victims, doctors and relatives actually behave in these circumstances.” https://www.craigmurray.org.uk/archives/2018/12/gdansk/

“But Stuart’s sustained research and questioning of the BBC, and the state broadcaster’s increasing evasions, have given rise to ever greater concerns about the footage. It looks suspiciously like one scene in particular, of people with horrific burns, was staged.” https://www.jonathan-cook.net/blog/2017-03-08/is-the-bbc-still-lying-over-syria-footage/

“Speaking of atrocity propaganda—very chic these days—the eminent BBC joined the club in 2013, throwing journalistic integrity to the wind with its broadcast of Saving Syria’s Children, a documentary that ostensibly showed the aftermath of an incendiary bomb raid. According to the report, the Syrian government used either napalm or thermite to attack schoolchildren in a remote district of Aleppo. The resulting footage, filmed in a nearby hospital, is bizarre in the extreme, with the alleged burn victims clearly taking stage directions from people off-camera. The story was dissected and ultimately exposed as a sham by journalist Robert Stuart, at which point the BBC began removing all traces of the film from YouTube, citing copyright issues. No formal retraction was ever made, to the BBC’s everlasting shame.” https://www.pastemagazine.com/articles/2017/04/lets-call-western-media-coverage-of-syria-for-what.html

OMG no I hadn’t heard about this. I feel utter shame on the BBC’s behalf. How depressing.

Other presentations and interviews on Saving Syria’s Children

Copy of Saving Syria’s Children (most contentious section from 30:38) 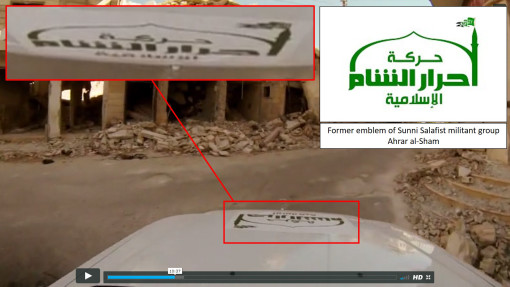 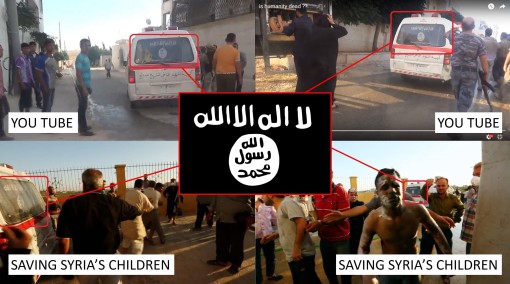 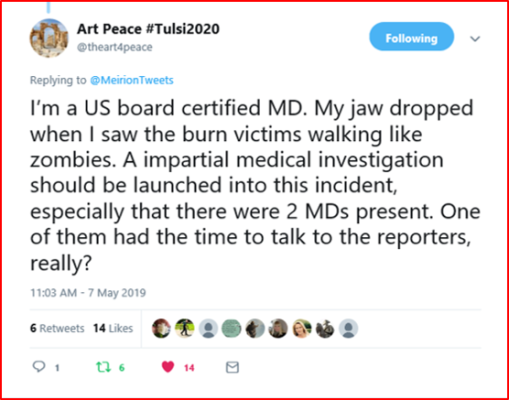 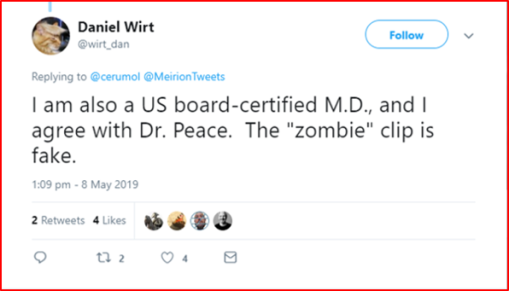 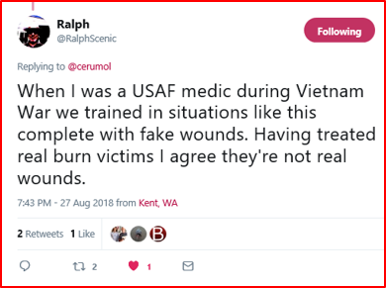 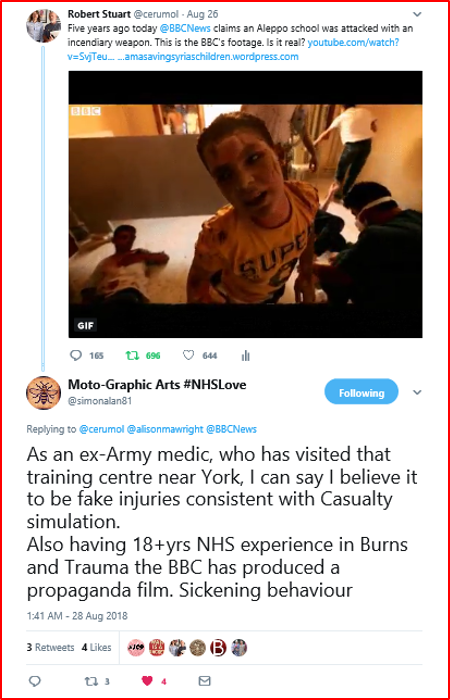 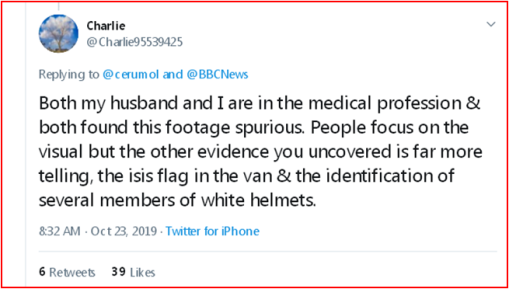 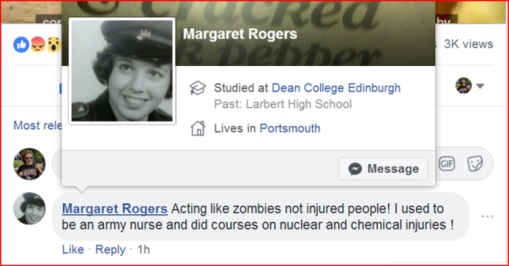 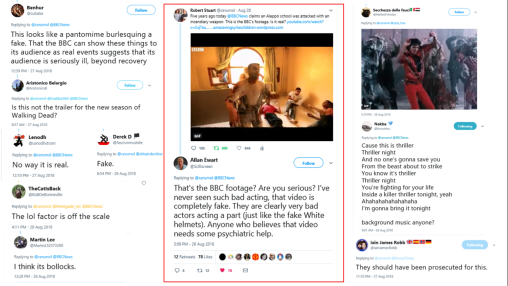 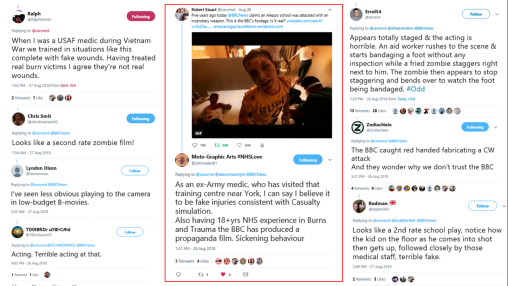