In August 2013 the BBC produced a fake video headlined “Saving Syria’s Children” about an alleged chemical weapon attack in Syria which it claimed was caused by the Syrian government. Robert Stuart has since pressed the BBC to admit the obvious fabrication of these scenes.

Today the BBC posted on its website another Syria clip under the title Idlib’s secret hospitals hiding from air strikes:

Air strikes have been targeting hospitals in the rebel-held province of Idlib, Syria, despite the fact that it is a war crime. Medics have been forced underground in order to survive.The UN accuses the Syrian government and allied Russian warplanes of conducting a deadly campaign that appears to target medical facilities.

Sommerville starts with standing next to destroyed building claiming that it has been a hospital that was bombed. 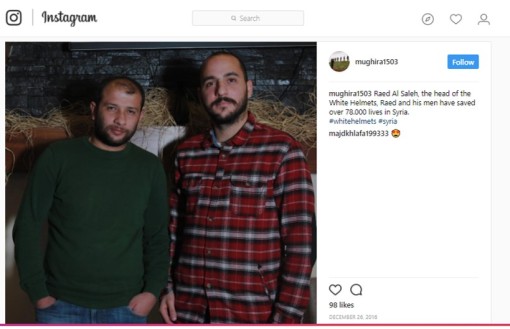